By introducing Cazino Zeppelin to players back in 2015, Yggdrasil Gaming accomplished something that no one else had managed up to that point - to produce a play-worthy alternative to NetEnt's 2009 smash hit release Dead or Alive. The concept is simple yet brilliant: Land a sticky wild symbol on each of the 5 reels to re-trigger the feature with 5 extra spins and, better yet, have them form a wild line (preferably more than one) at which point you're guaranteed a massive win. In the casino streaming community, wild lines have almost mythical status and never fail to generate massive interest due to the huge xbet wins they're capable of. Despite the shift in trends in recent years, the sticky wild is a timeless feature that's still relevant and enjoyable to this day.

Here we are three years later, and this time the iconic group of steampunk weirdos have been replaced by a new generation of high rollers speeding through space somewhere in an even more distant future. Being huge fans of the original and having played it with consistent and conscientious regularity, follow-up Cazino Cosmos certainly has a lot to live up to. While the core mechanics remain the same, new features have been introduced making it slightly more sophisticated compared to its predecessor. A risky move seeing what an important part the simplistic nature of Cazino Zeppelin played in its success.

In this 5-reel, 20-payline slot powered by Yggdrasil Gaming we join matriarch Stella (steampunk version of Futurama character Leela anyone?) and a peculiar group of gamblers onboard a galactic spaceship casino floating through hyperspace. It comes with a classic Free Spins feature similar to that of the original, as well as a newly introduced Collection Free Spins feature with 5 different modes on offer.

Playable on all devices from between 0.10 to 30 EUR per spin, Cazino Cosmos has a futuristic steampunk kind of feel to it and makes use of the same bronze colour scheme as the original, something that, along with the mysterious soundtrack, undoubtedly evokes a sense of nostalgia. Even with the enhanced high-definition graphics it remains rather simple in design so don't expect any epic intros or cutscenes that Yggdrasil is otherwise known to master. We're totally fine with this, however. The Cazino games are all about them wild lines, everything else is secondary.

Cazino Cosmos comes with 4 low-value symbols and 4 premiums. On the reels you'll find diamonds, spades, hearts and clubs as well as a group of interesting looking alien characters out of which the moustached general is of the highest value, giving you 100 times your stake for 5 across a payline. Stella, the matriarch, represents the wild symbol and plays an important part, not only in the free spins but in the base game as well.

Cazino Cosmos is a high variance game that is all about the bonus. To gain access, players need to land 3, 4 or 5 scatter symbols that, in return, gives 10, 15 or 20 free spins respectively. If you're familiar with the original, you'll know what's about to go down. All wild symbols appearing on the triggering spin are carried over to the free spins feature and become sticky. The same goes for additional wilds landing throughout the session. Now, if you land one wild on each reel, the bonus is re-triggered, and 5 extra spins are awarded. So far, everything is exactly the same as the original.

A new addition are the Collection free spins, allowing for an alternative way of triggering the bonus with some significant benefits. Above each reel you'll find a collection meter. Landing 5 wilds on a single reel in the base game initiates the Collection Free Spins feature. It functions the same as the regular free spins except they start with a wild feature or extra free spins. Depending on which of the 5 meters you manage to fill up, this is what you can look forward to:

Cazino Zeppelin is a slot we hold in high regard. It's simply a timeless classic that remains relevant to this day. Because of this, our expectations were high and we were extremely curious to see whether or not Yggdrasil would be able to pull it off. As it turns out, they actually did. Expecting to find some rough spots, we got to play an all-around well-produced game of high quality, offering plenty of excitement and outstanding potential of well over 10,000x. During Yggdrasil's testing phase made up of 1 billion spins, Cazino Cosmos generated a max win of exactly 11821 times the stake. Not bad by any standards.

Keeping the core mechanics while adding a whole new set of features was a brilliant move, making Cazino Cosmos a worthy follow-up that will appeal to both conservative and progressive players. This is the year we'll be chasing wild lines again and we suspect we won't be alone in our quest of doing so. The space-ride is waiting, signing off. Over and out.

Cazino Cosmos – The return of the sticky wild. 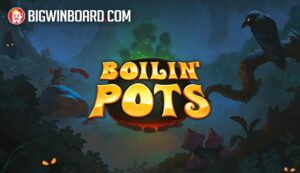