In October 2018, Red Tiger became the third studio to sign a Megaways deal with Australian architects Big Time Gaming, a marriage that spawned Mystery Reels Megaways some five months later. In the time that has followed, and possibly inspired by the ingenuity of the Australians, Red Tiger has carried out some experiments of its own, something that has resulted in, not only one but two game engines - Power Reels™ and Multiline™. Although not a total failure, the response from the casino community has been rather lukewarm and what most have really been asking, including us, is when the next Megaways slot will arrive.

Golden Leprechaun Megaways, that is the name of Red Tiger's second Megaways slot (well, third if you count the exclusive clone produced for Paddy Power Casino). With a classic Megaways setup of 6 reels and up to 117,649 ways to win, this Irish luck themed offering comes with a set of three random features and a free spins game where the hit rate of said features is increased and in which a win multiplier has been included, as well. Playable from 0.10 to €/£10 per spin, you can play Golden Leprechaun Megaways across all devices, including Android and iOS.

From the visual side of things, this is a well crafted Red Tiger product. It's set in the utopian forest home of the Leprechaun and has a relaxing, almost soothing feel to it with birds chirping and a dreamy forest backdrop. On the wooden reels, which make up the front part of the Leprechaun's house, you'll see classic card suit symbols as well as pints of stout, notebooks, clovers and red ribbons. The latter being the most lucrative, giving you 50 times your stake for six on a full payline.

Built using Big Time Gaming's Megaways mechanic, each reel can randomly produce between 3 and 7 symbols and generate up to 117,614 ways to win when fully expanded. Unlike many other Megaways offerings, it does not have that extra reel above the main reel set. This is compensated by allowing the four central reels to expand to 7 symbols instead of the usual 6.

During the base game, the leprechaun may randomly pop up to say hi on any spin. When so happens, you will be asked to pick one of three different mushrooms to reveal one of the following Modifiers:

Yes, yes, that's all fine and dandy but what about the Free Spins feature you might be telling yourself right now. Thankfully, there is one, and it comes into play when you land 3 or more scatter symbols in view anywhere on the reels. Known as Lucky Spins, you start with between 6 and 20 spins depending on how many scatters you landed to trigger the feature (you can retrigger the bonus by landing another 3 or more scatter symbols).

Now, you once again get to pick one of three mushrooms, and it will once again reveal one of the above-mentioned modifiers. So what's the difference then you're probably wondering. Well, the modifier awarded will appear far more frequently than in the main game and you'll also benefit from an unlimited win multiplier that increases by 1 on every win cascade.

As a Megaways offering, Golden Leprechaun Megaways does not stand out very much, neither technically nor in terms of the theme. Ideally, we would have liked to see Red Tiger think a bit more outside of the box and try to hit from a different angle. Although the modifiers are somewhat unique, it's not quite enough to make the game stand out as something fresh in this saturated market. As such, Golden Leprechaun Megaways is merely a sideways step when compared with Mystery Reels Megaways.

With all that having been said, Red Tiger has still managed to come up with a spotless, and quite pleasant, game that will likely attract the attention of most Megaways fans, especially since it offers a win potential of up to 10,000 times your stake. Next time, however, it would be interesting to see Red Tiger try a slightly more bold approach.

Despite being made mostly of recycled parts, Golden Leprechaun Megaways proves that the Megaways formula still works. 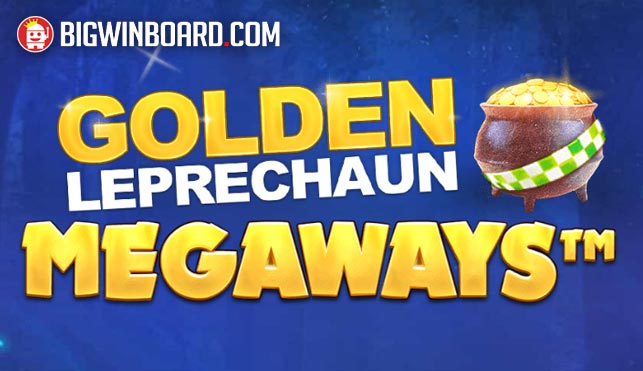