Swedes have a saying about themselves - "landet lagom", which roughly translated means "the land of just enough" and is sometimes used as a way of describing the Swedish national psyche. ELK Studios is a Stockholm based game provider that seems to have embraced the motto with their line of half decent games that certainly looks ok, but, in our opinion at least, offers little to no excitement.

Kaiju seemed very promising initially, but turned out to be a teasing annoyance, Lake's Five was just "meh", Birthday! we'd rather just forget about, and Platooners was a failed attempt at trying something new. It's hard to put the finger on exactly what's missing, but the lack of good potential is definitely one. Another turn-off is the sense of repetition we often get plying ELK slots, despite the various themes and visual elements used.

While providers such as Quickspin, Push Gaming, Red Tiger and NetEnt have shown the willingness to progress and learn, ELK is still sticking to "the land of just enough".

So what about Joker Gems then? It's a 5x5 grid slot using the dreaded cluster mechanics (which only some providers have managed to master in our opinion). It's also a fixed jackpot game, something that more often than not is a bad sign. As is always the case with ELK, players can place bets between €0.20 and €100, so nothing new under the sun here.

The Return to player is set comfortably at 96.3%, and in terms of volatility, it has been given a score of 8 out of 10 by ELK themselves, which probably means it's medium-high to high variance game. The high variance - low potential (as you will see) combo is not an optimal one, so already it's not looking too good, unfortunately.

Visually the action takes place in an interstellar cloud of dust in deep space, better known as a Nebula. Mixing space themes with jokers is an unusual one for sure and doesn't make much sense, but it's a colourful trip at least.

There are 7 regular symbols included in the game - 4 low-value symbols made out of various gems, and 3 premium symbols represented by bars, sevens and jokers. As previously mentioned, this is a low potential game, outside of the jackpots at least, with a max win of only 700x.

In terms of mechanics it's quite straight forward, the bigger the cluster, the larger the wins. Three or more of the same symbols connected to each other define a cluster win which triggers a respin, giving you more chances for the cluster to grow. The respin goes on until there are no more symbols added to the current cluster or no more new clusters are formed.

There's a random feature included in the game called The Light Chaser Feature. When activated, it will travel over the reels and stop in a random position to award a cluster win of 4 to 5 identical symbols followed by a respin.

According to official data, between 15 and 20% of the RTP is dedicated to the "pots" (hence the low potential in the regular game), meaning you can expect the jackpots to be paid out more frequently than the massive progressive jackpots on games such as Mega Moolah and Mega Fortune.

There are three fixed jackpots available, small, medium and big, worth 10k, 20k, and 50k Euros respectively. All jackpots are possible to trigger even on a minimum bet, although playing with a higher stake increases your chance of winning one of the three jackpots. Furthermore, there is no limit on how many times you can win the jackpots.

It's hard to say who was first with the cluster mechanics concept, but NetEnt was undoubtedly the ones who popularised it. We've seen a quite a few cluster slots in recent months from all sorts of providers, so it's not a complete shocker to see one from ELK as well.

There's definitely a twist to their take on the cluster concept, which is good to see, but personally, we would have dropped the fixed jackpots to give room for higher maximum exposure instead. A 700x max win in the regular game just doesn't cut it, and too much of the stakes are used to feed the jackpots that are more likely to be triggered by high rollers anyway. We'd be happy to sprinkle some unicorn dust on this article should we start to see some €10,000 jackpot wins on €0.20-5 bets being uploaded to Youtube, but we're not holding our breath.

Is it an entertaining game? Do we think it's worth throwing your hard earned money at? Well, we all have our personal opinions of course, but in our case, we can't even promise we'll give it a single spin once it goes live. We'll be waiting for that Youtube video first. 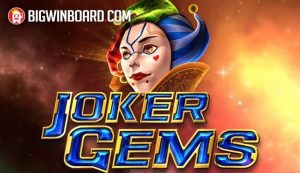