Mention Zeus to any veteran casino player and they might just have an anecdote or two to share with you in regard to their battles with classics Zeus or Zeus III. Mention Zeus II, however, and you'll be looking at a question mark. While the previously mentioned games have almost legendary status and tremendously successful titles both online and in land-based casinos, the latter has only been available as a physical cabinet machine up until now. As it turns out, you haven't missed out on much.

At first glance, it doesn't appear to be much different from the original Zeus but look closer, and you'll notice an extra row of symbols and more paylines. Having been available in land-based casinos for years already, it's anything but a new creation and was likely produced in quick succession following Zeus in order to cash in on its success.

In Zeus II, the Greek God Zeus returns on a 5-reel, 4 row reel set with 50 paylines armed with a Respin feature and an empty wallet. Looking at the paytable, it appears as though Mr Zeus lost his mojo, unfortunately. Available on all devices from 60 cents up to a shocking 1000 EUR per spin, this old-school gambling machine unfolds in the skies above the lands of Ancient Greece, possibly just over the peaks of Mount Olympus. When it comes to the actual production, the only really memorable aspect of this slot is the soundtrack - a surprisingly powerful classical piece.

Visually, it shares the same layout as the other Zeus titles so if you're already familiar with the originals; there's nothing new to this game. On the reels you will find scrolls, laurel wreaths, gold, silver and bronze coins, Greek vases, harps, trojan helmets, warships and Pegasus horses. The most valuable symbol, however, is Zeus who appears stacked on the reels and will give you 3.75 times the stake for 5 of a kind. You heard us right. The wild symbol is represented by a temple and appears on reels 2, 3, 4 and 5.

Central to this slot is the Hot Hot Super Respin feature. When a full stack of  Zeus symbols appears on reel 1, the game goes into respin mode, giving you 2 respins while reel 1, as well as any Zeus or wild symbols landing, are held in place for the duration of the feature. It's triggered quite frequently and can do so both in the base game and the free spins.

The free spin feature is triggered when 3 scatter symbols appear on reel 1, 2 and 3. With 10 free spins to start, 3 extra scatters in the free spins gives you an additional 10 spins. It seems quite retrigger happy, which is one of few positive aspects to the slot.

Now, the only thing making the bonus game stand out from the base game is the extra wild and Zeus symbols added to the reels. Unfortunately, even in the case you would land a full-screen top symbol, all it will give you is 187 times your stake, and that's rather shocking.

Unfortunately, we must strongly advise against playing Zeus II, even if you love the original games, which are outstanding and still fun to play to this day by the way. The payouts here are atrocious, and the potential is far too low to bring any excitement whatsoever. The low payouts also make it frustrating to play, and the respin feature quickly turns into an annoyance with its dragged out respins. Nothing to see here, move on.

SG Digital manages to transform this classic brand into a crushing disappointment. 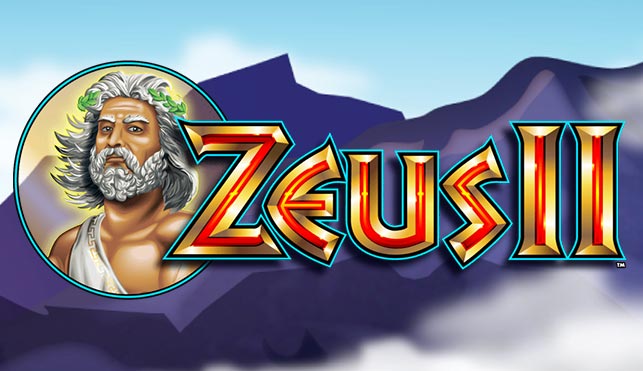