Back in the day, right back when slots first burst onto the scene, prozes came in the form of flavoured gum. Yes, the first fruit slots, literally dispensed fruity gum instead of coins. The most you could hope for is landing your favourite flavour. Oh, how things have changed. Now, top slot payouts reach staggering 8 figure sums. The key to landing these life-changing piles of cash is with progressive jackpot slots.

Jackpot slots are nothing new. A slot displays a fixed amount and players spin in the hope of winning it. Bosh, job done. Progressive jackpots are very different. Instead of a fixed prize, a progressive jackpot continues to climb in value until one lucky player wins it. Then, the jackpot is reset to a seed amount and the journey repeats. Progressive jackpots are able to get so large because a percentage of every single bet is siphoned off to feed the pot. When you consider that some of the biggest jackpots have thousands of players from multiple countries spinning every moment of the day. Well, there is a good reason why the jackpots reach such astonishing levels.

Just how eye-watering are we talking about? Well, let’s start with an anonymous Finn who raked in an epic €17,861,800 with NetEnt’s Mega Fortune slot. This win provided inspiration for jackpot hunters everywhere as it occurred from a 25c bet. The Brits went one better when 26 year-old ex-soldier Jon Heywood raked in €17,879,645.12 on the legendary Microgaming slot Mega Moolah. He was also betting at 25p a pop and had recently made the switch from online poker to slots. A decision he will be thanking his lucky stars for! Still, even that win wasn’t quite the largest which we will leave for later on.

What makes these sums possible, like so much else now, is the internet. Most land-based casinos simply do not have the footfall to make such massive wins possible. Of course, there are exceptions in places like Vegas. But, it wasn’t until the internet could connect so many players to a jackpot network that the revolution occurred. Smartphones simply increased the rise. It is possible to land multimillion-euro jackpots while sitting on the bus, or standing in a queue at the bank. Wherever players have internet coverage, they can spin one of the many progressive jackpots out there.

No, not every player is going to win a progressive jackpot. We all know that. But we all have the chance as the growing list of winners attests to. As always, it’s all about setting that all important bank roll and having a bit of fun with it. Below we list some of the most popular progressive's available on the digital shelves. 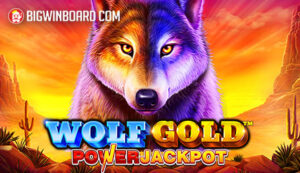 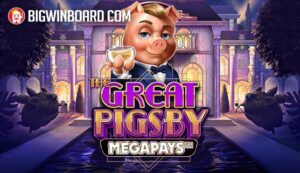 The basic premise of jackpot slots is the same as regular slots. Choose a bet, spin and (hopefully) win. There are, however, a couple of differences it pays to keep in mind to avoid any surprises. Here are a few tips to help you navigate the lucrative world of progressive jackpots.

Most online casinos that offer progressive jackpots will group them all into one category. This makes finding them quick and easy. They will usually display what the jackpot amount is up to as well which helps players find the juiciest payouts in an instant. Not surprisingly, some progressive jackpots have attained legendary status. Here are the slots offering the biggest prizes you will find online.

Mega Fortune (NetEnt) - For a while Mega Fortune was the most popular jackpot game in town. This changed when the sequel was released, but it remains in high demand. So much so, that some casinos prefer to stock this version over its successor. This glamorous Hollywood style slot comes with a 5x3 setup with low variance and 25 paylines. Players select bets between 10c and €50 to get reels spinning. The jackpot bonus round is triggered by landing three bonus symbols on a payline on the first three reels. Unlocking the jackpot round happens surprisingly often and shifts the game to a tiered jackpot wheel. Prizes increase in value the closer they are to the wheel’s centre where the Mega jackpot can be found. To date, Mega Fortune’s largest payout is a ridiculous €17,861,800 from a 25c bet.

Arabian Nights (NetEnt) - As NetEnt put it, Arabian nights is a world of pointy satin slippers and tasselled fezzes. Oh, and a progressive jackpot that has paid out millions since it was released in 2005. Beware that players need to stump up the minimum bet of €5 per spin which puts this slot in a premium category. Rewards are there, though. Another fortunate punter raked in €4.8 million in 2010, while €1.9 million fell the next year at Mr Green. This low/med variance slot uses a simple setup of 5 reels, 3 rows, and just 10 paylines. No rubbing lamps here, but the lamp symbol can trigger 15 free spins with a x3 multiplier. Yes, it looks a bit old fashioned, but potential is here. All it takes is 5 wild genie symbols to trigger the jackpot.

Mega Moolah (Microgaming) - Mega Moolah is one of the most common progressive jackpots you will come across online. It has paid out more winnings and created more millionaires than just about every other jackpot slot. Another simple game, this one has a 5x3 grid with 25 paylines and 4 jackpots. These are the Mini, Minor, Major, and Mega. Unlike the three games we have seen so far, the bonus round can launch at any time completely at random. When it does, a prize wheel is spun, and the player picks up whatever it lands on.

At the moment, Mega Moolah holds the record for the largest online slot win. Surpassing even Jon Heywoods haul, an anonymous player won €18,915,872.81 in October 2018. The mega win was accomplished with a 75c bet on an Android mobile device. So far, Mega Moolah has paid out around €1 billion in winnings.

Hall of Gods (NetEnt) - Hall of Gods is another progressive jackpot slot from NetEnt, this one based around the Norse Gods. Again, this is another slightly older slot whose popularity remains strong due to its stellar payout history. The best win to date was achieved by a Norwegian player who raked in a divine €7,525,932.97 jackpot in 2017. There are three jackpots in total – the Mini, Midi, and Mega. To get them, you will need three bonus symbols to land on the reels. When they do, players smash shields to reveal either coin or jackpot wins. Like Mega Moolah, the higher the stake, the better the chance of cracking the Mega money.

Mega Moolah Isis (Microgaming) - Many massive slots get a sequel and this is the follow up jackpot slot. Microgaming has shifted the action away from the African Plains to the hot and exotic world of Ancient Egypt. Graphically, Mega Moolah Isis is still pretty basic, and it has retained many aspects of the original. This includes 4 jackpots that are randomly triggered and a 5x3 grid with 25 paylines. RTP is also low, which makes sense considering the jackpots on offer. So which version should you play? Well, both Mega Moolah slots are hooked up to the same progressive jackpot network meaning you don’t miss out no matter which one you play. Along with the top prize is an entertaining free spin round with up to 30 free spins and x6 multiplier.

Joker Millions (Yggdrasil Gaming) - Yggdrasil might not be as well known for its progressive jackpots as other developers on this list. This has not stopped them creating a couple of high paying slots that have paid out fortunes to lucky punters. One is Joker Millions. In November 2018 one Swedish gambler will be praising his slot choice. He/she struck pay dirt at LeoVegas with a prize of 80,300,000 kr (around €8 million). Other million+ Euro prizes have fallen since then, which has put Joker Millions firmly on the progressive jackpot map. Joker Millions’ 5x3 reel action is fast-paced, possesses few features, and might be hard to crack with a low hit rate. But it also boosts decent potential alongside a jackpot which can be triggered at any moment. To do so, you will need a Joker Bonus Symbol to land on each reel. When it does, these symbols are locked into place while the reels are respun. Should every position be covered by a Joker, then the top money is yours.

Empire Fortune (Yggdrasil Gaming) - Yggdrasil were clearly not content to silence the naysayers with one outsized slot. They hit back with another progressive jackpot in Empire Fortune. Empire Fortune makes full use of its lux theme. This is a slot dripping in opulence with the type of rewards to back up its ostentatiousness. The key to scoring the big money is landing three bonus symbols. This opens up the Jackpot Wheel. Players spin for prizes ranging from instant coin wins, free spins, or one of three jackpots. Two are local, the Gold and Diamond jackpots. The third is the big one, the global pooled Empire Jackpot. Just how big are we talking? November 2018 turned out to be a lucky month for another Swedish player who picked up €2.25 million off a €4 bet.