🔔 What exactly are Megaways slots?

What's the deal with Megaways slots and why have they become so popular? Ever since Bonanza (2016) appeared on the market, the appetite for Megaways slots has been insatiable, and by the looks of it, the trend is anything but slowing down. In fact, with the Megaways game engine now turned into a franchise, the assortment of Megaways slots has exploded.

Invented by Australian software developer Big Time Gaming, Megaways offers an entirely unique way of playing slots. At the core of the famed game engine are the shape-shifting reels that allow for the reels to produce a random number of symbols on each spin (usually between 3 and 7). Consequently, every spin brings with it a random number of win ways (usually up to 117,649) which also has an effect on the winning potential. Expanded to its maximum configuration, these games have the potential to produce massive wins of up to 50,000 times your stake. Add multipliers, and other reel modifiers to the equation, and you can surely imagine just why its grown to become such a popular phenomenon.

Prior to the Megaways boom the market was mostly dominated by 243 ways slots with Microgaming as the principal pioneers. Since then, we've witnessed paylines increase from 243 to 1024, 4096, and eventually up to a mind-boggling record-breaking 60,466,176 ways to win as seen in Red Tiger's 2018 release Laser Fruit.

Aside from the obvious psychological factor of having more win ways to benefit from, there are several other elements associated with Megaways slots that entice players to come back for more. For one, they are consistently well crafted in terms of production quality and usually offer plenty of play time in spite of the high volatility. Also, the cascading reels that are often used in Megaways slots help further extend the play time while the massive potential ensure that players are kept on their toes throughout their sessions.

In the past, Big Time Gaming slots could only be found at a few selected casinos but have since rolled out across the Quickfire server, increasing the coverage and making them available at nearly every casino. The availability of Megaways slots has also increased substantially as a result of Big Time Gaming's decision to license out the game engine.

In May 2018, Megaways was officially turned into a franchise with Blueprint Gaming becoming the first game developer to acquire a license, firmly establishing themselves as one of the leading producers of Megaways slots. In March 2019, Red Tiger released its first Megaways slots as well - a remake of an earlier game titled Mystery Reels which was later followed by Golden Leprechaun Megaways in September of the same year. 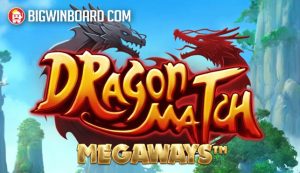 Wish Upon A Jackpot Megaways