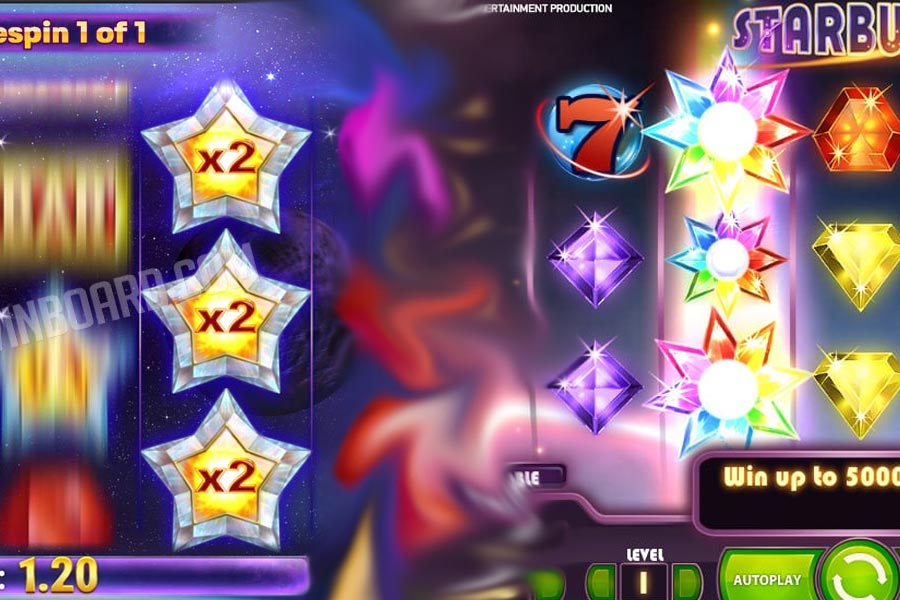 According to unconfirmed sources, Starblast by Play’n GO has been pulled from release following a dispute with NetEnt. A shameless copy of NetEnt’s Starburst, one of the most iconic and most played slots in the history of online gambling, Starblast was set to be released on the 20th of March but went M.I.A while also mysteriously disappearing from the Play’n GO demo server.

Long before the planned release, the game was considered somewhat of a scandal amongst industry representatives, with many asking for our opinion on the matter. In our review, entitled “A Parallel Universe” we noted:

“As you’ve likely figured out already, Starblast is an answer to NetEnt’s iconic smash hit Starburst. Released in 2012, Starburst remains one of the most played online slots on the market, in part explained by the fact that it has been the main free spins slot for the majority of casinos. However, as pointed out by one of our readers in the comment section, Starburst is in turn a dead ringer of Novomatic’s Power Stars which was released back in 2008, meaning NetEnt can’t exactly claim originality.”

while wrapping it up with…

“We have to say, Play’n GO must have quite some cojones to launch such a blatant copy of Starburst, barely even bothering to change the title. Not that we’re lawyers or anything, but if this is not a case of trademark infringement, then what is.”

You can read our full review of Starblast here.

According to the same source, there is an ongoing process against Play’n GO in which Austrian developer Novomatic claims right to compensation for infringement as a consequence of Book of Dead, the Play’n GO version of the famous Book of Ra slot.

It’s not unlikely that Play’n GO will reskin the game and release it under a completely new name and theme. Hopefully, we’ll get a comment from NetEnt or Play’n GO to confirm it, in which case we’ll make sure to update the article.