✅ Play Who Wants to Be a Millionaire Megaways on

Who Wants to Be a Millionaire Slot: Introduction

New slots from Big Time Gaming always bring on a great sense of excitement. We hoard to see the freakish volatility, some of us in fascination, others appalled and horrified, almost like a crowd gathering to witness an execution. The Australian based company has perfected the art of high volatility, and they've been doing things no other provider has dared to try. In a sense, Big Time Gaming CEO Nik Robinson is the Steve Jobs of the iGaming industry and his slots are the iPhones.

Two things, in particular, stand out with this new slot - the fact that it's Big Time Gaming's first branded game, and the extremely volatile nature of the free spins feature. Let's talk about the branding first before we jump into the fire. Unless you've been living a recluse and austere life somewhere in the Himalayas you've more than likely heard of the British game show franchise Who Wants to Be a Millionaire. It's owned by Sony now and turned into an international phenomenon.

The concept is quite simple. One contestant at a time is put on the spot, faced against a host armed with a series of questions. For every correct answer, the contestant collects a cash prize and moves up the ladder toward increasingly difficult questions and higher cash prizes. To help the contestant along the way, a set of lifelines is available to them which includes calling a friend to ask for help. The prize ladder comes with an array of safety nets. If a player gets a question wrong but has reached a 'locked' value, the player will be guaranteed to walk away with the lifeline cash prize. A player can also choose to walk away with the money at any point in the game rather than taking the risk of falling further down the prize ladder should the answer be wrong.

Oh, and there's one more thing we need to mention before we move on. Ever heard of the Charles Ingram incident? A former British Army major, Charles became known for cheating on the show in 2001, after he won the grand prize of 1 million pounds. His sidekick Tecwen Whittock coughed to signal the correct alternative, causing Charles to flip erratically between answers. Unfortunately, this trick does not work on the online slot version of the show.

Who Wants to Be a Millionaire is a Big Time Gaming powered slot with 6-reels and up to 7 symbols per reel. It makes use of the Megaways game engine, a trademarked 'random reel modifier that has been extremely successful for the company, and which was first made famous with the launch of Bonanza a few years ago. Playable on all devices, players can bet from €0.20 to €20 per spin which is in line with most other ultra high variance BTG slots.

Boasting its distinctive neon blue colours, the famed game studio provides the backdrop while the familiar tunes are in perfect sync to intensify the drama. While the reel set is identical to the one in Extra Chilli, it is important to understand that the mathematical design is unique to this slot and far more volatile in the free spins feature as you will see.

Who Wants to Be a Millionaire Slot: Symbols & Paytable

As a direct tribute, and likely to emphasise the extreme volatility, the unmistakable gems known from Star Quest are used to represent the premium symbols. As is often the case, the purple diamond is the most profitable of all valuables and returns a win of 50 times the stake for 6 across a full payline.

The Extra Reel at the very bottom adds 4 symbols to every spin and is the only area where wild symbols appear. Even if you should miss out on the free spins, the 117k+ Megaways are packed with enough capacity to deliver some truly memorable dingers.

Who Wants to Be a Millionaire Slot: Free Spins

Before the release it was speculated whether or not this would be the company's first jackpot slot. While it's not in the traditional sense of the word, most BTG slots do indeed have much in common with jackpot slots due to the extreme volatility. It's likely also not a coincidence that the max win potential here is precisely £1 million on max bet, just like the top prize in the game show.

To trigger the free spins feature, players need to look out for at least 3 Millionaire scatters which awards 8 free spins. This is of course where it gets really interesting. Put on the spot in the Hot Seat, players are faced with the decision to either 'walk away' with the free spins triggered in the main game or to gamble the free spins with a chance to win more free spins (up to 50) or lose them all. Just like in the game show, there are safety nets put in place. Reach 10, 20 or 50 free spins, and you will be guaranteed that amount of spins. The first gamble is the riskiest one as it may result in a total loss of free spins. Get past it and you will have reached the first safety net of 10 spins which also gives you a risk-free gamble.

As a reflection of the game show, the slot selects a lifeline for the player to gamble which is either 'Ask the Audience', '50-50' or 'Phone a Friend'. For example, one answer, A, B, C or D, will be singled out as the most likely one to be correct, leaving the player to make the decision to either press final answer or to walk away. During our testing we were frequently presented with the 'Ask the Audience' vote where an answer would be favoured with a vote of over 80%, yet still turning out to be wrong, resulting in a loss of the gamble. In that sense, we got the impression that, this option at least, was far from reliable despite the high percentage.

Once the free spins game is underway, it plays similar to that of Extra Chilli and Bonanza, with a multiplier increasing by 1 for every winning combination cascading on the reels. In the bonus, the free spin scatter appear only in the extra reel with 3 or 4 scatters awarding an additional 4 or 8 free spins respectively.

Who Wants to Be a Millionaire Slot: Conclusion

Granted, a lot of people will see this as a clone of Extra Chilli, which is understandable given the apparent similarities. However, what we see is Extra Chilli taken one step further, resulting in Big Time Gaming's most volatile online slot to date. Admittedly, we were hoping for something a bit more original, and the branding itself is of lesser importance to us, although we can see how it will help introduce Megaways to the masses.

This is certainly not for the faint-hearted, and the Hot Seat is what will separate the sheep from the goats. There is no doubt in our mind that this will be an extremely popular slot within the casino streaming community as Big Time Gaming has accomplished the impressive feat of converting the concept of the game show into the online slot format. The question now is, who will be first to reach 50 free spins and how much will it pay. Ready, set, go!

Don't miss out on the follow up, Who Wants to Be a Millionaire Mystery Box, a 243 ways to win slot with a max win potential of up to 12,000 times your stake. As an alternative, Big Time Gaming has also released a slot version of iconic game show Wheel of Fortune, simply titled Wheel of Fortune Megaways.

Big Time Gaming’s first branded slot Who Wants to be a Millionaire is a solid effort from the Australians, albeit with a bit of a recycled feel. 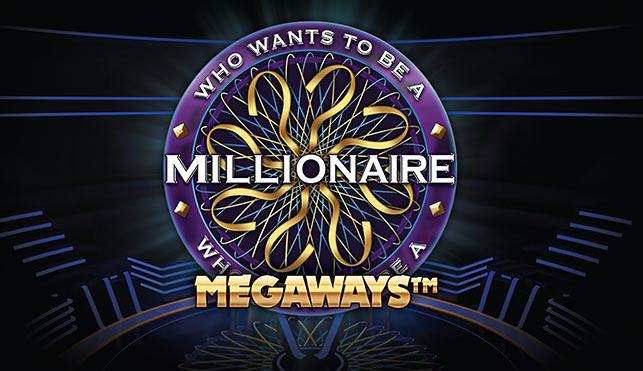