Big Time Gaming’s Megaways engine continues its relentless journey through the slot world. This time it has been paired up with an Asian themed slot. The original 88 Fortunes was a veritable feast of jackpots, progressive jackpots, and extra features all dipped in a deep red and gold coating common with this popular theme. Indeed, it was easy to squint while playing it and pretend that you were entering a lush Macau casino. The latest version recreates this vibe to a degree. It has lost a touch of the graphic overload, though nothing to be concerned over. More concerning is that Shuffle Master has dropped four of the jackpots, though they have kept most of what made the original great.

The most obvious difference is the inclusion of Megaways. Megaways possesses an unbelievable amount of win ways (117,649 in fact), and a cascading win system. The huge number of win ways are made possible by 6 main reels with up to 7 symbols each, as well as a 1x4 row across the bottom. When a winning combination lands, it clears off the screen and new symbols fall into place. This can create more winning combos and the process continues until no more winners land. On the one hand, this can create some great prizes as they rack up one after the other. On the other hand, it usually means symbol values are quite low so brace yourself for those.

At the bottom end of the paytable, we get card symbols 9 –A, bowls, a turtle, a junk boat, and a jade sculpture worth up to 0.6 times your stake for 6 of a kind. Then there are the gold symbols. Players can choose how many come into play from 1 to 5, which affects the cost of each spin. At the base level you get one golden coin, but up the wager and you get gold versions of the four non-card symbols which are worth from 0.09x to 11x the stake. Bet levels per spin are:

Odd bet levels but Shuffle Master has managed to make maximum use of the ‘lucky’ number 8 as often as possible. Another obvious fact is that the symbol values are pretty poor, but they get more interesting when the wins cascade together.

The Megaways engine has also upped the RTP rate which hovers between 96.06% – 96.27% depending on how many golden symbols are in play. With a top theoretical prize at around 10,000x, there is plenty to play for. As always, it is the bonus features that reap the best rewards, so let’s roll them out.

Where do we begin? It might appear complicated, but after a few spins you will quickly get the hang of the complexity. Shuffle Master has added two more symbols to the mix which can turn the game in an instant – the gong, and the Fu Bat.

The Fu Bat can appear on reels 2 to 5 and acts as a wild for all other symbols except the scatter. Not only that but when one or more lands it adds coins to the Coin Pot and can randomly trigger the picker feature at any time. If you are lucky enough for this to occur, the game changes to a screen of 15 golden coins. Players pick coins one by one until they have found three of a kind and are rewarded with the number of free spins they reveal:

The gong symbol is the scatter and appears on reels 1 – 6. Land four, five or six gongs on consecutive reels to trigger 8, 10, or 12 Free Spins. The great part is that they can be retriggered again. During the free spins section, each winning combination increases the multiplier by 1 which can result in some seriously good gaming.

The first question with every remake is - is the new version better? Well, it’s not exactly better or worse, but different, and will appeal to a slightly different audience than the first 88 Fortunes. The obvious winners here are the fans of both Asian themed slots and the Megaways game engine. If that is you then you will have an absolute ball with 88 Fortunes Megaways as both of your gambling needs are covered. On the flip side, those that played 88 Fortunes for its four jackpots will find them sorely missing this time around. It is a shame that the jackpots have been excluded in the remake, but for most players, this fact won’t be a deal-breaker. The top theoretical prize is still high and the complex mayhem of the first has been retained.

The first 88 Fortunes just wins out in the looks stakes as well with a lusher feel than its follow up. The look, vibe, and layout (particularly on a mobile) are not quite as good with the Megaways version. However, we are talking only slightly. The plain red background could have been a bit more inspiring but this is a very minor gripe.

Relationships survive on compromise along with give and take. With this slot Megaways is given, jackpots are taken away. Overall, nothing is really lost. The chance to win decent prizes still remains, a fantastic Asian vibe is present throughout and Megaways exponentially increases the win ways. All up, fans of the original, Asian themes, or those just curious will find exotic gaming on offer at 88 Fortunes Megaways.

88 Fortunes Megaways will keep you on your toes from start to finish, but lacks the magic of many other Megaways slots to keep you coming back. 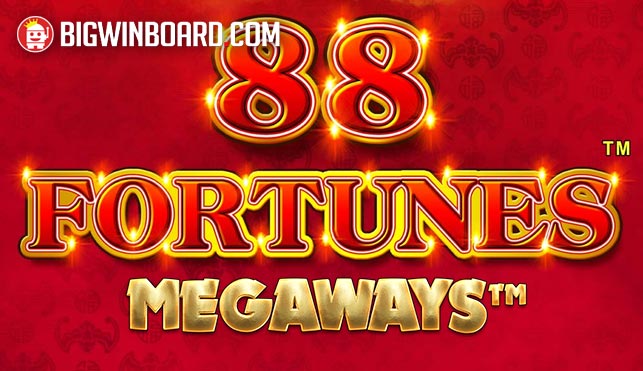