Where to play the Arcane Reel Chaos slot

The city is under attack from a supervillain and it's up to our group of mysterious metahumans to stop him. Fundamentally, Arcane Reel Chaos may have a cliché superhero narrative, but the characters are anything but classic superheroes. Here, you'll join our peculiar band of hero mutants, better known as Psyop, Flare, Zero.x and Chronos, in the battle against evil nemesis Deep Pockets. This marks NetEnt's second superhero-themed slot in little over a month, although Arcane Reel Chaos is a much darker and more grown-up story compared to the childish looking Disney-inspired Wild Worlds.

Despite its stylish and complex looks, the slot comes with a basic 5-reel, 3-row and 20-payline setup that is as predictable as the superhero plot. Playable from on all devices from 20 cents to 200 Euros per spin you'll benefit from a set of randomly triggered mini-features in the base game where the heroes will appear to grant you Overlay Wilds, Stacked Wilds, Multipliers and Respins that can boost your wins with multipliers up to 10x. The big showdown takes place in the multi-level Free Spins bonus where the multiplier goes up to 4x.

Arcane Reel Chaos is the first game from NetEnt to feature the new Play User Interface (Play UI). Designed to deliver a more streamlined, simple way to play, the new interface will be fully implemented into all new games later in the year. Going forward, the paytable will now be displayed in cash value instead of the more confusing coin value (although the option to play with coins will remain), a welcome change and one we hope will spread to all providers.

The excellent visual design should come as no surprise if you know NetEnt. Set within the ruins of an old cathedral (which is almost uncanny knowing there's a fire raging at iconic cathedral Notre-Dame as we write this), you'll see A, K, Q, J and 10 royal values as well as the 4 previously mentioned superheroes. It is the nefarious Deep Pockets that is the most rewarding, however. Land 5 of him on a full payline and you will get 50 times your stake. Included in the symbol set is also a wild which performs the usual duties of substituting all symbols bar the scatter.

On any spin the base game, the superheroes can appear at random to bring their superpowers to the reels. With each feature being based on one of the superheroes, here's what you can expect:

The battle against Deep Pockets culminates in the Free Spins bonus which is activated when you land 3 scatter symbols on reels 1, 3 and 5 simultaneously. Here, you'll take him on in up to 4 different levels accordingly:

If you pass the final level, you'll be awarded an additional prize known as the Victory Bonus.

Surprisingly, the biggest potential here is found in the base game and not in the free spin feature which is otherwise typically the case. While most features are quite mediocre in terms of payouts (around 500x), the most powerful one is found in Chrono's Respin feature where you can achieve wins of up to 1212.5 times your stake.

We like the narrative here and the well-developed characters. Design-wise, it's exquisitely crafted and rich in features, coming together elegantly to convey the story. Admittedly, we're a little bit disappointed with the relatively low potential, but seeing as the random features tend to activate quite frequently, it's possible NetEnt's plan here was to make it a more balanced game by distributing the wins more evenly.

Also worth noting is that the mechanics at play are suspiciously similar to South Park Reel Chaos, an old NetEnt title that has been pulled from the market. In other words, it's not unlikely that NetEnt has found new use for an expired game. 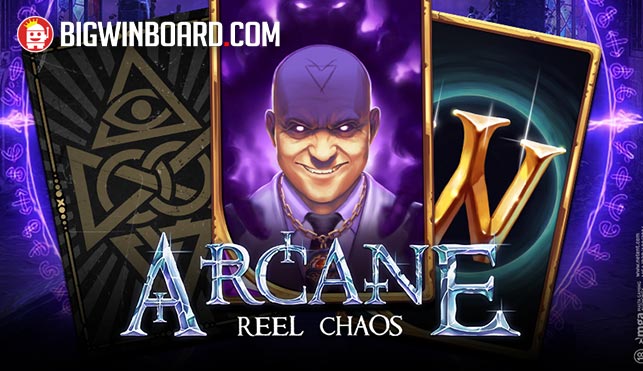