Toro, toro, Red Tiger has picked the controversial pastime, or blood sport depending on your view, of Bull Fighting to colour an online slot called Bulls Run Wild. That phrase probably isn't the sort of thing a toreador wants to hear when they step into an arena, but it does lead into Bulls Run Wild's features and gameplay. A rather simple, low-key slot, Bulls Run Wild relies on its colourful presentation for much of its appeal while delivering a Wild Picker transformation feature and free spins to thrill spectators.

A packed house has turned out to watch players take on Bulls Run Wild, where the game's grid sits on the sand in the middle of a Bull Fighting Amphitheatre. The crowd has a faux-real look to them, but they're completely static and a bit fuzzy, like sports video game crowds before game designers or hardware could animate them. There is some movement, a few flags flutter here and there, and a sultry backing track adds the final touches, adding density to the Spanish atmosphere quite well.

Bulls Run Wild is one of Red Tiger's lighter slots, though the mix of high volatility and mediocre potential doesn't quite come across as optimal from risk vs reward standpoint. If the call of the bull arena proves irresistible, however, it can be played on any device and offers stakes of 10 p/c to £/€40 per spin.

The showdown takes place on a 5-reel, 3-row game panel with 20 fixed paylines. Regular symbols pay left to right, from the leftmost side in adjacent reels, and there are nine of them on offer. Five are lower-paying card icons 10-A, worth 0.5x to 0.9x the bet for five of a kind; four are premium fans, guitars, senoritas, and señors, where full five symbol lines are worth 2x to 7.5x the bet. Great horned bulls are displayed on the wild symbols, which can appear anywhere and substitute for all paying symbols. Wilds are worth 15x the bet for a winning line containing five of them.

On each game round, a random pay symbol is selected in the Wild Picker Bar, located at the top of the reels. If any symbols of this type land on the grid, they are transformed into wild symbols. If any wins occur on the spin, they are paid after the wild transformations take place.

A total of 9 free spins are awarded when scatter symbols land on reels 1, 3, and 5. The Wild Picker Bar remains in play as normal, transforming the randomly chosen symbol type on the reels into wild symbols. This time however, when wilds symbols appear, they stick in position for the remainder of the bonus round. Scatter symbols are removed from the reels for free spins, so the bonus cannot be retriggered.

Eh, Bulls Run Wild is what it is, not all games can be a rip-roaring beast, after all. There has to be some sort of counterbalance; we can't have night without the day and all that. Where this is leading to is the revelation that Bulls Run Wild did little we could class as wild or crazy. A fast-food game which might give certain players a quick hit but isn't a real imagination capturer. The theme's okay, Red Tiger, has taken on a somewhat controversial topic and managed to inject a level of glamour and mystique, to give players a taste of the Iberian Peninsula, though a stereotypical one at that. If we're being creative, who knows, toreros who have hung up their muleta might get a kick out of Bulls Run Wild.

If so, it's unlikely to be a very big kick, as Bulls Run Wild is rather limited in what it can do. There are times when the symbol to wild transformation process can spark something mildly interesting. Obviously, the more the merry, as the saying goes, and the feature is assisted by the fact wilds are sticky in free spins. Maybe it was our sceptical imagination, but there were times when it felt like the game was more likely to land chosen symbols on the reels in the base game than in the bonus. For example, if '9' was chosen in free spins, it could be conspicuously absent from the reels. This could have been a trick of the mind, or we were simply watching out for chosen symbols closer in free spins due to the sticky wild quality. It's kind of irrelevant anyway since they failed to really fire, and full screens of the top premium are fairly modest at 150x the bet, rising to 300x if the screen is full of wild bulls. A repeat full-screen situation could theoretically be pretty exciting if it happened relatively early in a bonus round, though overall max win isn't all that, weighing in at 1947.8x the bet.

You can probably tell by now we weren't hugely impressed by Bulls Run Wild. There are some who might fall for its relatively welterweight charms, and the colourful Spanish vibe is okay. If you're into toreador slots, then the Wild Toro range from ELK remains the gold standard; Bulls Run Wild struggles to nudge it.

There are some who might fall for its relatively welterweight charms, and the colourful Spanish vibe is okay, but there really isn’t much about Bulls Run Wild to get excited about. 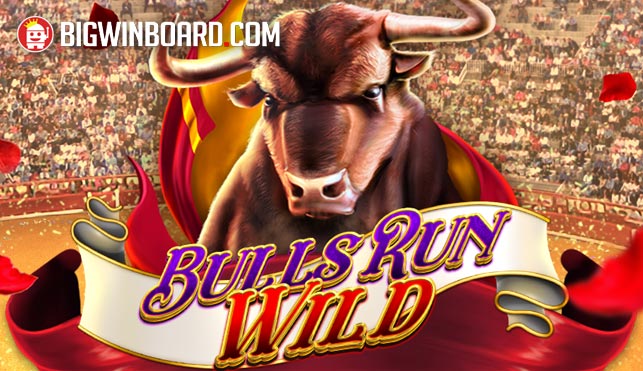 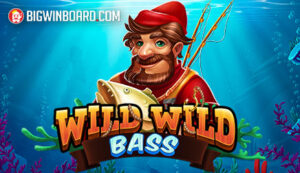