Cops'n'Robbers is a 5-reel, 3-row online slot with up to 9 adjustable paylines. It's playable on all devices from €0.01 to €90. This is a remake of a very old Play'n GO slot although it is pretty much a completely different game due to having a new math model.

The theme is a classic one that has been done many times before by many of the top providers - Cops'n Robbers by Novomatic, Reel Heist by Red Tiger and Cops and Robbers by Microgaming to name a few.

This version by Play'n GO is a bit lower in variance compared to the games recently released by them, which is probably a good move. As much as we love high variance, it can tend to get a bit saturated and it's always nice with some lower variance to be able to wager on, or at least to be able to trigger a bonus to keep ones sanity when they refuse to land on the monster slots.

The premium symbols are represented by loot - money bags, diamonds, jewels, paintings and gold watches. The wild symbol is the most valuable one by far and gives a return of 3000x for a wild line.

Three or more police car symbols anywhere on the reels trigger the Car Chase bonus. A sequence of free spins commences in which prizes are awarded more frequently than in the main game. At certain points, players must select which direction to go to avoid roadblocks.

If the player manages to escape the police (40% chance), the total prize won in the free spins is doubled. After the bonus, players are left with the choice to collect or gamble the loot. The gamble round up can be played up to five times in succession and up to a limit of 2500 coins.

The free spins game randomly awards either 10, 15, 20 or 25 free spins and cannot re-trigger. The chance to trigger the bonus is on average 1 in 112 spins.

We're not really looking at anything new or innovative here and it's very classic in setup and playability. Cops'n'Robbers is a simple, straight forward game without any complicated features to keep track of.

The bonus was a bit confusing. The info panel mentions that players must select direction at certain points, and that players will get their prize doubled if escaping the police, but it doesn't explain how to escape the police. Choosing direction in the bonus didn't really seem to make much difference. We expected to crash and burn if choosing wrong direction, but that never happened (maybe we just excel at picking). Our guess is that the choice makes no difference and that the outcome is already decided. Either you get away, or you don't. Simple as that.

With that said, we did enjoy the game and if you enjoy playing less volatile slots, it's very likely you will enjoy it too because of it's intensity, good max win potential and for the relatively frequent bonus triggers.

Normally we're not that hyped about medium variance games, but seeing this one has a 14,480x max win potential makes it interesting to say the least. Obviously, something like that will be close to impossible to achieve and it possibly requires multiple wild lines, but seeing the bonus round can go on for quite a lot of spins it's not unlikely that it can reward some good wins.

Old classic receives a facelift along with a fresh new math model. 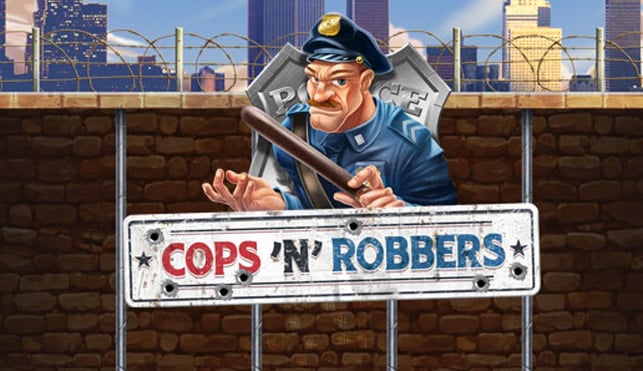