Towards the end of 2019, developer iSoftBet dropped their South American themed slot Aztec Gold Megaways which, much thanks to a combination of hot looks, clever features, and eye-watering potential, went on to be a massive hit for the studio. Fans looking for something new, but are finding it difficult to let go of the past, would do well to check out the update Western Gold Megaways. While much of the original has been rehashed, several changes have made an impact on the gameplay in the sequel.

When it comes to looks, Western Gold Megaways doesn’t have the gritty, gunslinger vibe found in other Western slots like Dead or Alive 2 or Deadwood. Perhaps it’s because it doesn’t have the word dead in the title? Whatever it is, Western Gold has a softer, cleaner feel, but also less personality. It might not be love at first sight like Aztec Gold was, but Western Gold is pleasing to look at regardless.

The soundtrack is another highlight - a classic western ditty that plods like an old pony through the base game, picking up the pace like a galloping stallion in the bonus round. Again, it’s not quite the rip-roarer we got in Deadwood, but it succeeds in adding an extra layer of Wild West charm to the proceedings.

Mathematically, the RTP has dipped ever so slightly to 95.98% although it does increase significantly if using the bonus buy option as you will see. Volatility remains medium/high combined with a rather high hit rate, meaning players get a less volatile math model than before.

Being a Megaways driven slot we get 6 reels with 3 to 7 symbols on each. The number of symbols changes with every spin, producing up to 117,649 ways to win when fully expanded. To land a winning combo, players need to land three or more matching symbols adjacently from the first reel. Every time this happens, the Cascade feature is triggered, removing winning symbols to let new ones cascade into the gaps. The Cascade feature continues to roll as long as new winning symbols land, creating consecutive payouts on a single spin.

Playable from 20 p/c to £/€20 per spin on any device, the game uses symbols which are inspired by the theme. First up are 9-A royals designed in a Western font, backed by spurs, hip flasks, Stetsons, and pistols. Pistols are the ones you want because they are the only symbol to pay out for two of a kind; up to 25 times the stake for six of a kind. The rather plain looking wild symbol comes in handy, appearing on reels 2, 3, 4, or 5 only. Wilds aren’t worth anything on their own, but can substitute for all other symbols except the scatter.

On the surface it might not appear a lot has changed in the features department. Scratch a little deeper though and the modifications are more profound than you might suspect.

Keep an eye out for the sheriff’s badge which is the scatter symbol - 5 or more in view trigger Western Gold Cash Respins. This feature begins with 3 respins played out on a special set of reels where only scatters may land. Scatters display either a bet multiplier or one of the jackpots. Moreover, three jackpot symbols now also comes into play; the Mini, Major and Mega worth 10x, 25x or 50x the bet respectively.

Respins begin with the triggering scatters and the triggering number of Megaways locked in position. Any new scatter that lands in view is also locked whilst also resetting the respins counter to 3. If a reel becomes filled with symbols, it activates a multiplier for all scatters on that reel that corresponds to the number of spaces on the respective reel. At the end of the feature, all values in view are calculated and paid out.

In some ways, Western Gold is a worthy successor despite lacking the immediate visceral impact Aztec Gold Megaways had. Still, that doesn’t stop it being another entertaining slot offering something a bit different from your typical Megaways game. There are changes, producing mixed results, some more positive than others. For one, it is less volatile than the original which might be a deal-breaker for some hardcore gamers.

One of the main benefits is the inclusion of the reasonably priced bonus buy. At 50x the stake, it is pretty cheap compared to many others on the market, though it can be short-lived and the reduced Jackpots don’t exactly sweeten the deal. The bonus game can be fun regardless and lengthy too. Scatters pile up on a good roll, and filling reels to trigger a corresponding multiplier has a significant effect on the outcome.

Yet, the outcome doesn’t come close to the original. One of the changes that few players will appreciate is the lowering of the Mega Jackpot from 1,000x to 50x. This change comes with an overall dent in the potential too. At full stretch, Western Gold Megaways is capable of wins in the region of 12,000 times the stake, a totally respectable figure, though significantly less than in Aztec Gold.

For a bit of crystal ball gazing, it feels like there very well might be more slots in the Gold Megaways collection from iSoftBet in the future. That’s no bad thing either. So far, both slots have provided some solid gaming, similar, yet different enough to be standalone options. As long as iSoftBet don’t steepen the downward sloping trend of the Jackpots or the potential too drastically, we should be fine.

Western Gold Megaways is a solid and well-designed follow up, but doesn’t quite dazzle like its predecessor did despite cloning many of its aspects. 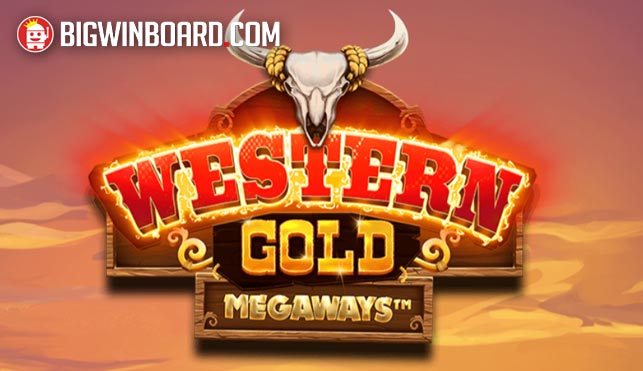