Earlier this year we had the opportunity to take a look at Quickspin's roadmap and on the list of upcoming slots was a game entitled Robots. We understand now that it was the working title for Big Bot Crew, a game that has a lot to say about Quickspin's current agenda.

If you've ever watched casino streams, or if you frequently visit casino forums, then it's likely you've taken notice of people complaining about Quickspin slots having little to no potential. The studio has in fact even become synonymous with low potential just as much as Big Time Gaming has become compatible with ultra-high variance and mega potential. Not a very flattering comparison, we know, but it's the truth, unfortunately.

It's too early to say at this point, but interestingly enough we are seeing signs that seem to suggest that Quickspin is finally listening and learning what WE, the players want. In fact, it's not only Quickspin doing this recently. NetEnt, once dominating the iGaming industry but now struggling after a line of awful slots, has even sent out a representative to a casino forum asking for input. The same goes for Red Tiger Gaming who's been impressing us with much improved potential and increase in volatility.

Dwarfs Gone Wild was going to be a "flagship" game according to Quickspin themselves, which got us excited but turned out to be a flop and just another low potential Quickspin game. As it turns out, players don't care too much about fancy graphics and cool features if the potential is not there.

After Dwarfs, we finally got the game changer we were hoping for. Easter Emeralds wasn't just a high potential game; it turned out to be a record-breaking ULTRA high potential game with massive multipliers. With the release of Emeralds, Quickspin had shown players that they're a progressive provider embracing change, and by the looks of it, their upcoming slot seems to reaffirm this.

An Asian metropolis is used as a backdrop for the game which centres around a gang of tech-heads, Matsuo, Danielle and Joaquin, who are building robots with technology ahead of its time. Their top creation, BigBot, an all-purpose humanoid, appears to be a mix between Marvel's Ironman and Baymax from Big Hero 6, but we'll let you be the judge of that.

All in all, there are 11 symbols included in the game - a Scatter symbol, a fully stacked Wild and 9 regular symbols. The low-value symbols are made out of mechanical gears while the tech-heads and their Robots represent the premiums. Matsuo (red) is the top guy and will give you 7,5 times the stake for 5 across a full line. Thumbs up to Quickspin for having made the paytable easy to understand, showing symbol values relative to the current bet.

Big Bot Crew features a fully stacked 4x1 wild symbol called the BigBot wild and is present on reels 2, 3, and 4 in the main game and on all reels during the respin.

The main difference to Sakura is that the fully stacked wilds will move to indicated reels at the start of every spin, meaning they shift position in between respins.

3 Bonus Scatter symbols on reels 2, 3, and 4 will initiate 8 free spins. There are three significant advantages to the bonus - the fully stacked wild appear on ALL reels, any partial wilds are guaranteed to nudge into position and best of all, once activated the wilds remain activated throughout the bonus. Furthermore, one additional free spin is awarded for every Bigbot Wild fully landing on the reels.

Although highly unlikely, it is possible to land a full screen of wilds on your first spin to the total value of 400 times the stake. This, together with the additional 5 extra free spins, is how the max win potential has been calculated, totalling 5200 times the stake.

We really like what we're seeing from Quickspin right now. In our opinion, and many within the casino streaming community seemed to have shared our enthusiasm, Sakura was one of the best games to come out of the Quickspin factory in a long time, so we're intrigued to see a high variance, high potential version of the game. The changes made to the wild reel mechanics are refreshing as well, giving us something more than just a straight-up clone.

Sure, the 5200x max potential was indeed observed during testing of the game, meaning it's actually possible to acheive, but of course unlikely to happen. There is, however, definitely a good chance of seeing some 1000 to 3000 times the stake bragging on various social media platforms.

We had great fun reviewing this slot, and the BigBot wilds and respins were enough to keep us on edge throughout the session, with great potential both in the main game and the bonus, making this a well balanced and well-produced slot! 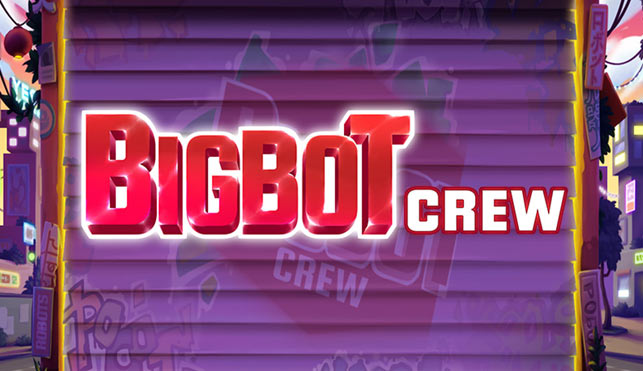