Where to play the Buffalo Hunter slot

Developer Nolimit City heads back to the part of the world they do well – the Western United States. However, Buffalo Hunter is not a gunslinger’s paradise. This time we’re out on the range, where the most prized of Native American animals roam, the mighty buffalo. Nolimit City has gone all naturalistic, but don’t drop your guard because of the metaphysical connotations. Buffalo Hunter is a highly volatile beast which has the potential to go ballistic during its free spin features.

Nolimit City has positioned the 5-reel, 40-payline grid out on a prairie, where players get a sort of ant’s eye view of the great outdoors. It’s like we’re sitting on the ground, looking up through swaying blades of grass at blurry peaks in the distance. Fast-moving clouds glide across a soft purple sky as the squawks of wildlife play in the background. Adding a touch of local culture, pipes and drums bang away in the background, increasing their tempo at key moments. There are a ton of slots set in this part of the world, so Nolimit City scores a few points for presenting the game in a relatively unique way.

We mentioned high volatility in the intro, but might have understated things. When the game loads, players are alerted to the fact that Buffalo Hunter is actually 'Extremely Volatile', sitting in the special category of slots Nolimit City has carved for itself. RTP is a bit more ordinary, but not in a bad way with a default rating of 96.01%, rising to 96.34% with the bonus buy option engaged, or 96.41% for the Stampede Super Bonus feature.

Offering stakes of 20 p/c to £/€100 per spin, Buffalo Hunter is played using ten regular pay symbols - five low, five high. The low pay group are 10 to A royals adorned in feathers worth 3.75 to 5 times the stake for five of a kind. Animals make up the high pays such as pronghorns, wolves, cougars, eagles, and buffalo. Land a line of five from this group for a win of 6.25 to 50 times the stake.

Dream catchers don’t just make nice decorations, they also show up as the wild in Buffalo Hunter. This useful tile has the same value as the buffalo, and substitutes for any pay symbol to make a winning combination.

Buffalo Hunter’s base game is alright, nothing wrong with it, but when free spins are triggered, it’s like a bear waking from hibernation. As well as free spins, mystery symbols have been added in for a bit of fun. The Mystery symbols feature is pretty standard. They may land in any position and all transform into the same matching pay symbol.

The number of scatter symbols dictates which bonus game players can access - 3 or 4 scatters in view award 8 or 10 free spins in the Buffalo Horde, or Prairie Multiplier feature – players choose the one they want. However, land 5 scatters to access the big daddy of the free spins, the Stampede Super Bonus.

The one you really want is the Stampede Super Bonus. This feature combines both of the previous two bonus games. So when an animal has its meter filled, it turns into a buffalo and adds a multiplier. Symbols can land stacked in all phases of the game. Better yet, during the Stampede Super Bonus, you’ve got the best chance of filling the reels with x5 buffalos worth a cool 10,000x on a single spin.

Depending on location, players may have the chance of activating the Nolimit Bonus. For 100 times the stake, at least 3 scatters will land on the next spin so players can choose Buffalo Horde or Prairie Multiplier free spins. However, for those feeling heroic, players can stump up 600 times the stake for at least 5 scatters on the next spin to trigger the Stampede Super Bonus.

In Buffalo Hunter, Nolimit City has designed another playable slot with plenty to commend it. The American wildlife theme has been treated a little differently, and the bonus game can be a riot. The main game is pretty pedestrian at times though, plus the 40 payline, 5x4 setup will irk some players. It does mean the game is heavily, almost solely, focused on its bonus game which can seriously make or break a session.

The free spins’ rules aren’t exactly super original either. The collection/ symbol upgrade is right out of the Pink Elephants playbook and visually it draws inspiration from Novomatic's iconic Indian Spirit slot. However, it’s not a straight-out copy. Nolimit City has taken the feature and added bits, and stretched it into something more unique. Paring symbol transformations with multipliers is gold too. It sure makes free spins volatile. Some bonus rounds were disappointingly tame; others were massive. The more spins, the better obviously, and getting in upgrades as early as possible makes all the difference.

It is tempting to skip the main game altogether via the Nolimit Bonus. There is a bit of controversy here too. Like Deadwood, the cost of forking out for the best feature will raise a few eyebrows - 600x for 12 spins? It’s a tough decision because the game can go nuts, and 10,000x on a single spin is nothing to be sniffed at. Of course, they can equally end up a damp squib which happened more than once during testing. Nail-biting stuff for sure.

Buffalo Hunter doesn’t have the personality of their flagship games and there is a bit of 'been there, done that' taint lingering around the edges, but when you weigh everything up it’s another entertaining slot from Nolimit City that has the ability to serve up some extreme thrills - and isn't that what it's all about?

Buffalo Hunter is not a slot that takes Nolimit City to the next level, but it boasts roller-coaster thrills and a deep sense of immersion. 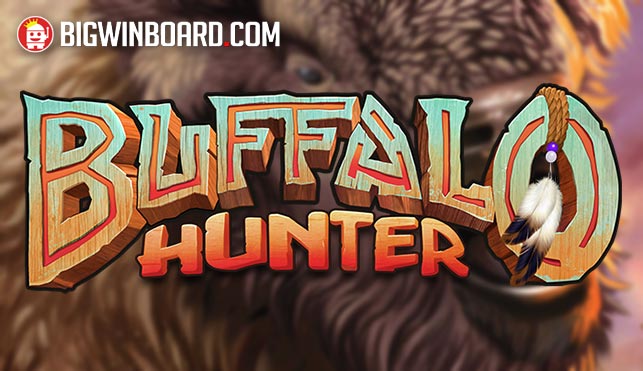