🔔 Who are Nolimit City?

While it’s true that several top-quality software developers have made their way out of Sweden to conquer the world, including giants like Netent and Play’n Go, other companies are still emerging from there. This includes the Nolimit City brand, which began operating in 2016. Yet, even though this is one of the newer companies to come out of Sweden, it is truly providing some competition for its older country companions.

Nolimit City actually has its headquarters within the city of Gzira, Malta. Yet, its development is done in Stockholm, Sweden and Gurugram, India. And even though Nolimit has only been in operation since 2016, the company itself actually has roots that date back over 10 years. This is because key members of the team have had hands-on experience with some of the world’s most successful gambling software providers. Now, Nolimit City is looking to advance the industry to the next level, with fast and reliable team members who provide high-quality games. 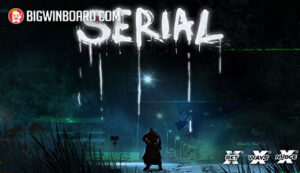 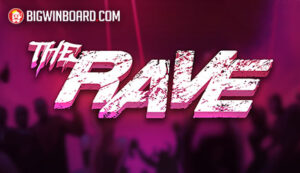 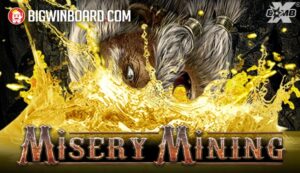 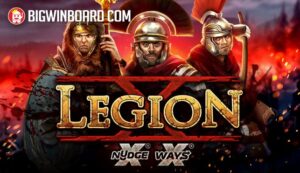 It is for the reasons mentioned previously that Nolimit City doesn’t have a huge portfolio of games, but the ones that it does provide are all of the best quality. This means supreme graphics, enticing animations and wonderful inbuilt special features for players to be entertained by. Slot games are the prime focus of the Nolimit City brand, and the company holds two gambling licences to ensures that everything is regulated and fair. These come from the Malta Gaming Authority and the United Kingdom Gambling Commission.

With its mission clear and the company already making good progress within the industry, Nolimit certainly looks to be on the of top contenders in the upcoming years. That’s always great, as the efforts of this company will doubtless push other developers to improve their products and services.

While it’s true that Nolimit hasn’t specifically introduced any new themes to the slot gaming world, the company does do these to the best of its advantages. The best of the best is what Nolimit is aiming for, and you’d be a fool if you didn’t think that this was clear from its range of games. While some other developers are happy to carry on with their tried and tested range of games, Nolimit aims to push boundaries, introducing crisp and clear graphics as well as some intriguing specialities. Innovation seems to be a key factor in the creation of Nolimit’s games.

Something that will cater very nicely to operators is the fact that the developer’s games are simple and fast to integrate into their lobbies. Two parts of the integration exist – the server side API and the JavaScript bundle. Operators will have almost complete control over the games from Nolimit, thanks to the three back office versions available. The company’s platform has been designed so as to offer fast and flexible options to gambling operators, which is something that makes it stand out to online casinos.

As a side note to that, Nolimit City is also willing to integrate any good promotional ideas that come from operators. Because of the differences between the various operators out there, with some having high demands for specific types of data, Nolimit is able to cater to such. And if an operator doesn’t have a promotion system, Nolimit can provide one of its own for them to utilise.

Even though Nolimit City hasn’t been running for a huge amount of time, there are a couple of games which have become quite the popular ones from the brand. This isn’t surprising, as Nolimit does offer some impressive titles up to the gaming community. So, let’s take a look at these games.

How could you not celebrate Oktoberfest? After all, it’s full of beer and tradition – two things that shouldn’t be overlooked. Utilising Nolimit City’s fantastic brand of graphics, this slot will provide you with a five-reel, three-row layout, which is a standard setup. However, what takes place within the game offers up a mass of entertainment. A free spins round with a beer-meter in operation is available to activate. The more beer that you collect during the round, the higher your multiplier will be. Wild symbols add to the fun, while Prost Spins, Party Spins and Pretzel Party features make things even more entertaining.

Take a trip to the icy winter lands of the Arctic in this one, which features 16,807 ways for you to win. The standard layout consists of five reels and three rows, but this can grow to cover seven rows in total. Symbols upon the game’s reels are present in the shape of various animals, including Arctic foxes, bears, wolves and snow leopards. The best thing about the slot is its inbuilt special features though, starting with the Ice Ice Respins, of which there are two variations. Not only that, but the game includes a Yeti Shake feature, which randomly triggers during base gameplay and allows the frozen rows above and below the standard layout to become active.

These birds are wise, and they will take notice of everything that happens in the woods. Yet, there’s more to these figures of the forest. You see, the owls in this game are masters of defending their territories, with each owl having its own special power. A stacked scatter symbol can come into play during spins, and if it covers the entirety of reels two, three and four, it will randomly award one of three Dream Spins rounds. These are represented by each of the owls – Ember Dream, Frozen Dream or Emerald Dream. During these rounds, you’ll have free spins to play through and the centre reel will be populated by a stacked wild symbol.

Nolimit City takes a traditional theme and completely transforms it into its own slot game. Instead of just featuring standard fruit symbols, the reels of this game also contain pineapples, blackberries, dragonfruit and blueberries, to name but a few. A total of 116 pay lines are also in operation, with a wild symbol providing better chances of forming wins. Mystery Wrappers can appear on any spin during the main game, with the potential to transform all symbols into one and the same. Plus, the game incorporates Sticky Fruit Spins and Lightning Rounds for your entertainment.