🔔 Who are Relax Gaming?

In the end, we all want to have a relaxing time when playing our favourite online casino games. And, it would be a fair point to say that employees working at Relax Gaming want exactly the same for their daily working life. Well, let us be the first to say that Relax Gaming doesn’t delve into any kind of slacking when it comes to the creation of its games. The team if 100% fully capable and dedicated to providing entertaining online casino games with plenty of thrilling features to captivate its audience.

Relax Gaming was officially founded in 2010 in Malta, and it was at that time that the company had the vision of pushing boundaries when it comes to online gambling games. Since that time, the brand has expanded its selection of games into various verticals, ensuring that it is one of the biggest suppliers in Europe. To be able to do this, Relax is the owner of licenses from various jurisdictions, including Alderney, Malta, Romania and the United Kingdom.

As it happens, the brand was formed one night in a pub by founders Patrik Österåker and Jani Tekoniemi. The two came together to put their strong technical skills in operation for the formation of Relax Gaming. Now, that is a definite relaxing situation to find yourself coming up with the idea of creating your own gaming company. Since its introduction to the gaming world in 2010, Relax has continued to expand its own gaming portfolio and consequently, expand its horizons. This has included the creation of its own game platform known as Silver Bullet. Several online casinos have since taken the opportunity to make use of this platform, as it supports various devices, including mobile handsets. Relax Gaming may not be as well known as some of its competition for the time being, but the future certainly looks bright for the brand. 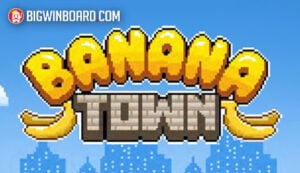 The fact that Relax Gaming partnered up with the famous Unibet brand early on in its career ensured that the developer received instant exposure to a large audience. Unibet still works with Relax to this day, and this has also led to it being picked up by several other top-class operators. These include Casino Heroes, Rizk Casino and LeoVegas, amongst many others. Of course, getting such endorsements from online casinos is one thing, but there’s plenty more to like about Relax Gaming’s software. Those same operators are able to integrate the developer’s software easily and quickly, thanks to the Silver Bullet platform. At the same time, this platform features promotion tools for operators to make use of in order to highlight Relax games on their sites.

Something else that stands out about the developer’s software, is that it doesn’t just focus on slots or even just casino games. Instead, within the casino options, you’ll find table games are also in effect. Not only that, but Relax Gaming creates bingo games and poker options for online gambling sites to make use of and offer to their clients. In this respect, Relax is a well-rounded developer, as it manages to craft all of these game possibilities and doesn’t really flag in any area, offering up a professional service for all.

As with all online software developers, there are those games from a brand that tend to stand out more with players than others. These become quite the popular options for gamers to play and Relax has a few games that can be considered its most successful. So, let’s take a look at these.

Why wouldn’t you love a game that has a theme surrounding dragons? It’s pretty much a given that such a slot will obtain the love of gamers. This one doesn’t just contain dragons on its reels though, but dragon sisters as well. You need to help those sisters command their respective dragons in the battle for power. Their dragons will provide you with thrilling respins, during which sticky wilds will also come into play. As the respins continue, more wilds will potentially stick in place and provide you with the chance to win even greater amounts.

You’ll get to experience the wonder of magic with this online slot from Relax Gaming. Wizards will spend their time casting spells and conjuring magic, with bonus coins able to be earned for you to spend within the Wizard Shop. The slot features five reels for you to spin, as well as six rows, making it quite a tall interface. As far as the purchase of items within the Wizard Shop goes, you’ve got the chance to buy upgrades for your free spins or, if you can stand to save them up, you can purchase a truly epic feature in the end. Wizard Shop will certainly provide you with an entertaining time throughout.

It’s always going to be the likelihood that an online slot game which incorporates Megaways to win will receive the attention and love from the gaming community that it deserves. Temple Tumble is one such game, which takes you into the Aztec world. The game features up to 46,656 ways for you to form winning combinations, which takes place across a six-reel, six-row layout. All winning symbols on a spin will explode and disappear, allowing new ones to fall into their positions and create additional wins. Not only that, but the game features stacked symbols and a free spins round for you to play through.

Blender Blast aims to provide you with the ability to blend some fruits up and create your own wonderful cocktail. It’s got five reels for you to spin, with cascading reels also being in operation throughout. Six different fruit symbols are present upon its reels, including strawberries, plums and oranges. It’s also got a Blender Feature, which will reward you with a random cash prize during base gameplay once the blender on the left-hand side fills up. Scatter symbols are also present in the slot, which trigger the bonus round. Free spins takes place after a pick me round, which sees you receive upgrades via picking from various coconuts.