Pragmatic Play has decided to pack up the wagon train and take players out west for some old fashioned gaming. They have done so while drawing more than a little inspiration from one of the finest slot examples in this category. Do sticky multiplying wilds during free spins sound a little familiar? Yeah, Wild West Gold does indeed appear to draw a barrel of inspiration from NetEnt's 2019 hit title Dead or Alive 2. Is that such a bad thing? Well, the result is mixed and sort of leaves you wanting more. That is a great trait for a storyteller to inspire in their audience, not so great when you are spinning for monetary rewards.

First up, lets deal with the treatment of the theme. The initial stand out is a soundtrack which consists of piano plinking, general crowd noise, and the odd gun blast. These audio effects create a nice saloon vibe which accompanies the background image of an old Western town filled with guns and gunslingers. The outcome is pleasant, not as moody as DoA2, but lighter and more cheery. That might not be what you’d associate with goodies and bandits, but jolly all the same. The first order of the day is selecting bets which can be set as low as 20 p/c or as high as £/€100 per spin which is standard for Pragmatic Play. Not totally unexpected, Wild West Gold has been rated 5/5 (high) for volatility whilst the math model produces an RTP that any sheriff would be gruffly proud of at 96.51%. That's the default setting, however. As Pragmatic offers flexible RTP, this number can be lower at your particular casino.

The rules are straightforward with few features to grapple with. Number one is that combinations of three or more matching symbols left to right pay a reward. Wild West Gold uses 40 paylines for you to do so, and a 5 reel, 4 row grid layout to spin them on.

There are 10 regular pay symbols split into low, medium, and high pay bunches. The low pays are classic western font 10-A royals, while mids are a gun in a holster and a bag of gold. Next up, the 4 high pays are various characters from the west. The first looks like a working girl with a stiletto blade (borrowed straight from DoA2), then a lady gunslinger, and a bearded baddie. Finally there is a steely-eyed sheriff which is worth the most at 20 times the stake for a line of five. Wilds are the real stars of the show though, and appear on reels 2, 3, and 4. Whenever wilds hit, they come with an x2, x3, or x5 multiplier attached. If more than one wild is part of a win, then their multiplier values are combined and added together to boost your wins.

Wild West Gold’s features section is a little sparse with just a Free Spins round to get to grips with. This is far and away the most engaging part of the game and the only part where you can expect any excitement – not to mention score the best wins. The blazing sun scatter is the key to shaking the game up. Scatters land on reels 1, 3, and 5, and when 3 are in view they award 8 free spins.

Wilds continue to land on reels 2, 3, and 4, but when they do during the feature, they become sticky and remain in place for the rest of the round. The original scatter symbol is not part of the bonus round, but any other symbol, including wilds, can land with a little sheriff’s badge on them. When 2, 3, 4, or 5 of these badges are in view they award an extra 4, 8, 12, or 20 free spins respectively.

The bonus round also comes with a sort of fail-safe device. If free spins end and the winning amount is less than 10 times your stake, the game will top that up so a minimum of 10x will be paid.

It's hard to ballpark a percentage, but for most of the time Wild West Gold is pretty bland with a base game happy to serve up loads of dead/low-value spins. When scatters land, that flips, and the game gets quite intense. Until that happens, a good deal of patience is required. Wild West Gold is the sort of game you might leave on auto spin while doing the dishes, waiting for the bell that signifies free spins to ring and wake you from the slumber.

The bonus game with multiplying sticky wilds is a well proven concept that's been around for years, but the rest of the game can really drag. Even more so than in Dead or Alive 2. The high volatility is no joke, so expect one of those Pragmatic slots that can spin and spin for an age blowing bankrolls out of town like tumbleweeds before the bonus round finally turns up.

It's hard to avoid the impression of Wild West Gold being a cheap knock off of Dead or Alive 2. Pragmatic has borrowed many of its elements such as theme and features, but when it comes to potential, Wild West Gold is left in the dust while its competitor gallops for the horizon. Not to say the game is weak, wins of up to 6,750 times your stake are possible after all. But compared to DoA2’s legendary payouts, Wild West Gold is like a rusty revolver from 1889 vs a modern day sniper rifle.

And therein lies the rub. Both are highly volatility Westerns, with more or less the same features, but vastly different potential. So why play this one over the original source of inspiration? Well, the lighter vibe with the saloon soundtrack bopping away in the background is nice, but that’s hardly a compelling reason. As a standalone game, Wild West Gold is decent enough, but one that pales in comparison to the slot is trying to imitate. Dead or Alive 2-Lite if you will.

Fan of Pragmatic Play slots? Then take a look at the studio's first ever Megaways release Great Rhino Megaways. With 6 reels and up to 200,704 ways to win, it can serve up wins of up to 20,000 times your stake.

Whilst not a bad game on its own, Pragmatic’s attempt to piggyback the popularity of Dead or Alive 2 does make Wild West Gold come across as a knockoff. 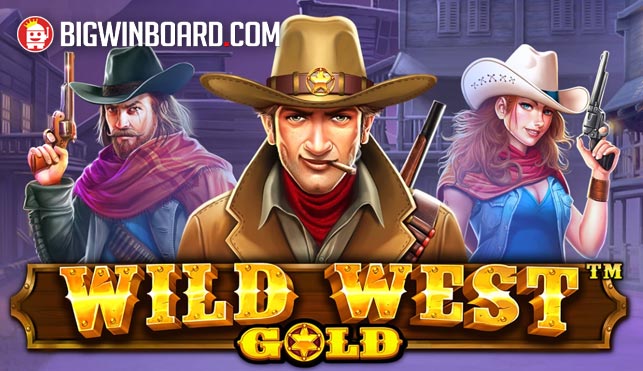