🔔 Who are Pragmatic Play?

Pragmatic Play is one of the leading online casino software developers with offices and workshops spread across Malta, UK, Ukraine, India, Gibraltar, and the Philippines. Though established in 2015, the history of the company dates back much further than that, having started off with a cloud of heavy suspicion many years earlier under the name TopGame. Whether a case of inexperience operating in the iGaming industry or a deliberate malicious strategy, some industry representatives argue that there is reason to believe that it's still being run by the same people allegedly acquired by Pragmatic Play.

The TopGame legacy is a nasty drama with tales of rigged games, cheating both their business partners and players. Fast forward to today, there is no doubt that Pragmatic Play has the ambition to compete in the top tier. Currently, Pragmatic Play is one of the fastest-growing providers in the iGaming space with 100+ games available in over 25 languages.

Pre-2018 era, there was little to be excited about when browsing through the Pragmatic portfolio. The games were mostly made up of low to medium variance offerings with little creativity at hand. For players into high variance and big payouts, there was little reason to play Pragmatic slots. All of that changed in 2018 with some clever marketing strategies in combination with the release of Peking Luck and Da Vinci's Treasure, two brutally volatile offerings with massive win potential. As a result, Pragmatic slots started to become hugely popular in the casino community and gained even more recognition as more and more big win screenshots started to appear in forums and social media.

In 2020 Pragmatic Play started receiving backlash for their wildly exaggerated advertised potential, claiming max wins as high as 180,000x. Suspicions were raised in the community when the games failed to generate wins anywhere near the stated potential.

In 2021 Bigwinboard publicly criticised Pragmatic Play for using controversial streamer Roshtein in one of their Facebook promos to advertise a new game. The promo was later removed, but Pragmatic Play continued to receive heavy criticism in the community for their seemingly close ties to fake money streamers. 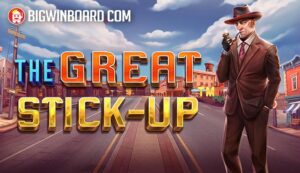