🔔 Who are Blueprint Gaming?

Blueprint Gaming is a UK company that develops casino games for land-based and online casinos. The company was acquired by the Gauselmann group in 2008, a German gambling conglomerate that also owns Merkur. In 2018, Blueprint Gaming signed a deal to become the first Megaways licensee, the massively popular game mechanic originally created by Australian studio Big Time Gaming. The deal sparked new life into the company which has become one of the most popular producers of Megaways slots.

Blueprint slots are typically feature-heavy, highly entertaining and often include one or several random features as well as bonus buy options and bonus gamble features. Furthermore, Blueprint Gaming is known for its line of branded slots from famous TV and movie franchises which includes TED, Casper, The Goonies, The Naked Gun, This is Spinal Tap, Beavis &amp; Butt-Head and Inspector Gadget are just some examples of popular brands that have been turned into video slots by the company.

Into The Wild Megaways 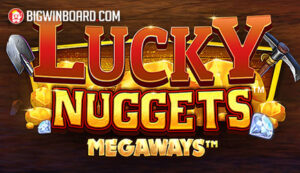 Deal or No Deal Banker’s Bonanza

It can be quite challenging to trigger bonuses on Blueprint slots. In part, this can be explained by the high volatility of many of the games, but they are often also packed with base game features that require a large chunk of the RTP. Games such as TED, The Goonies and Jackpot Genie all include several features that are entertaining for the players, but which also make the bonuses harder to trigger.

If you're a fan of the Megaways slots, Blueprint offers a whole bunch of them. Diamond Mine Megaways, for example, is Blueprint's own take on Bonanza, offering the same massive potential as the original. The Megaways mechanics can also be found in slots such as Genie Jackpot Megaways and Buffalo Rising Megaways, and many more are to be expected in the years to come.

Blueprint slots come in a large variation - some being extremely simple and others more action-packed. In general, the games are often entertaining thanks to a mix of innovative random features, high potential and intriguing visuals. In the branded slot TED, for example, there are as many as six random features in the main game alone, and if you're lucky enough to trigger the bonus, there are another six bonus features to score.

In terms of potential, there is definitely big money to be won, but choose wisely as the payouts can vary quite significantly from game to game. Napoleon, for example, became extremely popular in the casino community when released, much because of the ultra-high volatility and its capacity to reward massive payouts even in the main game. Beware, however, as Blueprint Gaming slots can be balance-eaters due to the relatively low bonus frequency and high volatility.