The past week has been pretty strong for the iGaming industry, with excellent titles becoming available across a wide range of online slots genres. Whether you’re in search of a game to help you wind down or one filled with high octane volatility, there’s likely something that will fit your needs.

Although the highest profile releases are still ahead of us – including Survivor Megaways and Gorilla Gold Megaways – there are still more than enough solid slot games to sink your teeth into. Here are 4 of the hottest new online slot releases for you to try your luck on.

There are two defining moments in the successful story that is Relax Gaming. The first was securing a deal with Big Time Gaming for use of the celebrated Megaways game engine. The second was incorporating that game engine into their first Tumble slot, Temple Tumble Megaways. TNT Tumble is the studios third release in the Tumble series and one that is very different from anything we’ve seen before.

Played on a 5×7 grid that utilises a cluster pays system, TNT Tumble comes with stacked drilling wilds, exploding dynamites and free spins where you can choose from three variations of volatility. It’s fun, unique and designed with amazing ingenuity.

Swedish developer NetEnt has spent quite a lot of time and effort trying to adapt and make a shift to strengthen their position in the East Asian market. They’ve been doing so by releasing Asian themed reskins of some of their older games such as Dead or Alive, Super Lucky Frog, and Gonzo’s Quest. Long Pao is another one such game.

A clone of the good ‘ol Jack Hammer slot, there really isn’t much new to discover here. Having said that, fans of the original might still experience a burst of nostalgia with this new stylized version. Moreover, the math model has aged well with its highly generous 96.96% RTP. The volatility, meanwhile, is in the medium range and the max win potential is around 3,000 times your stake. Definitely worth a shot in other words. 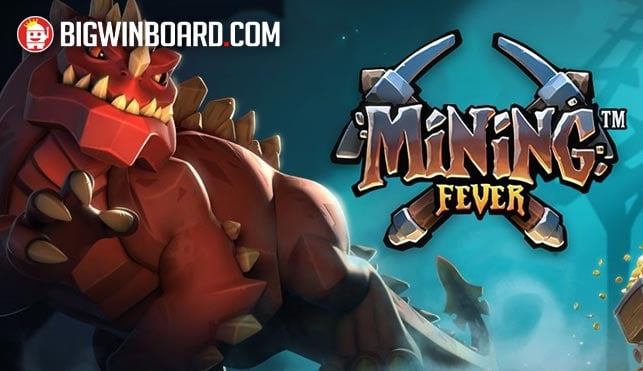 Rabcat is one of those independent mercenary studios that turn up wherever they are needed. Having worked together with Yggdrasil Gaming for a while, they’ve now jumped ship to produce games for Microgaming instead. And the result has been, well, so and so. Rabcat has an unbelievably strong creative team that allows them to launch unique and beautiful titles. On the mathematical side of things, however, we haven’t been quite as impressed.

Their new slot, Mining Fever, certainly looks good and the 243 win ways set up seemed promising. Unfortunately, the low volatility and weak potential won’t be enticing enough for hardcore gamers to get their hands dirty down the mine shaft. Casual gamers, on the other hand, might find it cute.

Good on you for making it to the last game of this week’s lineup as we’ve saved the best for the last. Like an unexpected sucker punch, NextGen Gaming launches one of the best titles we’ve seen them release in years.

Inspired by their iconic 300 Shields slot, this modernized version titled Rise of the Mountain King offers users a seamless gaming experience and has got everything any hardcore gamer could ever ask for – phenomenal visuals, excellent music, explosive volatility, and massive potential. Earning a strong 88% score in our review, Rise of the Mountain King is undoubtedly a game worth a try.

Play Rise of the Mountain King at Temple Nile