Free Reelin’ Joker is an upcoming online slot from game developer Play’n GO that will be playable on desktop computers and mobile devices. The release date for Free Reelin’ Joker has not been revealed yet, but the game is predicted to be released some time this year. Currently, there are no further details available – reel format, features, game mechanics and visual production are still unknown. We will publish an update on the Free Reelin’ Joker slot as soon as more info comes in. 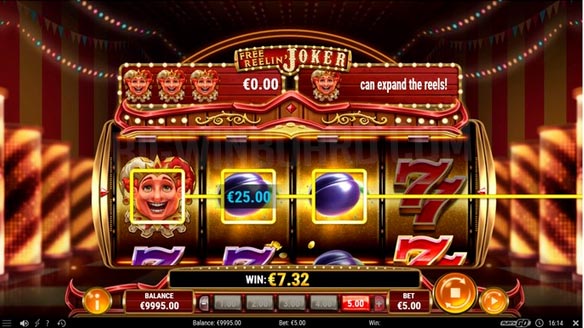 We continue our Joker series of games with another addition to the Joker family. This time, the travelling free reeling joker has stopped in to introduce himself and let you see what he’s all about. The roaming brother to the other Joker sisters, his gameplay feature is based on his free reeling, and when he appears in a win, a new reel emerges to offer even higher win potential.